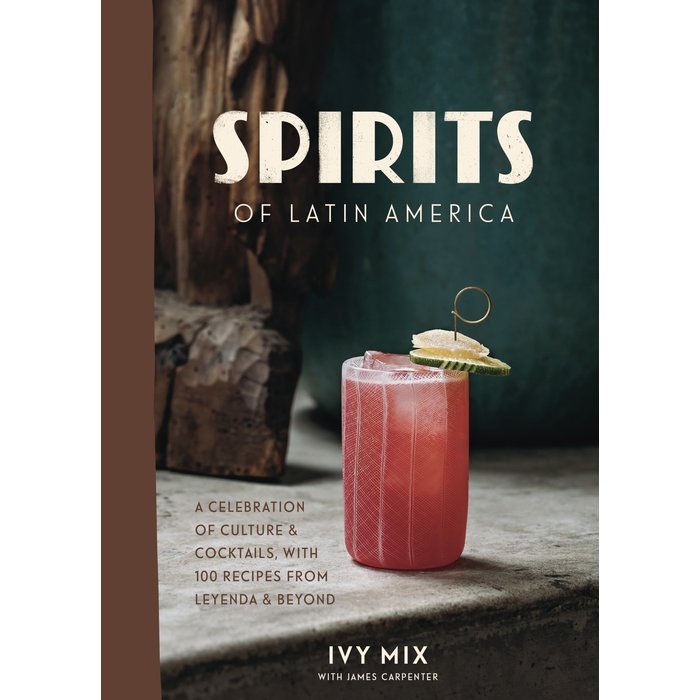 A CELEBRATION OF CULTURE & COCKTAILS, WITH 100 RECIPES FROM LEYENDA & BEYOND!

Through its in-depth look at drinking culture throughout Latin America, this gorgeous book offers a rich cultural and historical context for understanding Latin spirits. Ivy Mix has dedicated years to traveling south, getting to know Latin culture, in part through what the locals drink. What she details in this book is the discovery that Latin spirits echo the Latin palate, which echoes Latin life, emphasizing spiciness, vivaciousness, strength, and variation. After digging into tequila and Mexico’s other traditional spirits, Ivy Mix follows the sugar trail through the Caribbean and beyond, winding up in Chile, Peru, and Bolivia, where grape-based spirits like pisco and singani have been made for generations.

With more than 100 recipes that have garnered acclaim at her Brooklyn bar, Leyenda, including fun spins on traditional cocktails such as the Pisco Sour, Margarita, and Mojito, plus drinks inspired by Ivy’s travels, like the Tia Mia (which combines mezcal, rum, and orange curacao, with a splash of lime and almond orgeat) or the Sonambula (which features jalapeño-infused tequila, lemon juice, chamomile syrup, and a dash of Peychaud’s bitters), along with mouthwatering photos and gorgeous travel images, this is the ultimate book on Latin American spirits.

Add your review
0 stars based on 0 reviews